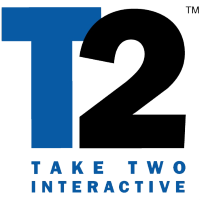 shares of Take-Two Interactive Software Inc (TTWO) on
You would have made
AMOUNT
today.
Old Price $12 Current Price $12

Take-Two Interactive Software, Inc. engages in the development, publishing, and marketing of interactive software games. The company is headquartered in New York City, New York and currently employs 4,894 full-time employees. The firm develops and publishes products through its labels, Rockstar Games and 2K. The company operates through publishing segment. The company has a portfolio of software content for the hardware platforms in a range of genres, including action, adventure, family/casual, racing, role-playing, shooter, sports and strategy, which it distributes across the world. The firm’s products are designed for console gaming systems, such as PlayStation 3 and PlayStation 4; Xbox 360 and Xbox One, and personal computers, including smartphones and tablets. Rockstar Games is the developer and publisher of Grand Theft Auto, as well as other franchises, including L.A. Noire, Max Payne, Midnight Club and Red Dead. 2K publishes owned and licensed titles across a range of genres. The company has internal development studios in Canada, China, Czech Republic, the United Kingdom and the United States.