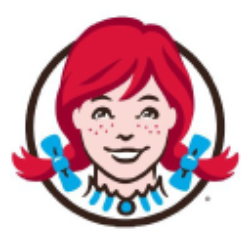 shares of Wendys Co (WEN) on
You would have made
AMOUNT
today.
Old Price $12 Current Price $12

The Wendy’s Co. engages in operating, developing, and franchising a system of quick-service restaurants. The company is headquartered in Dublin Ohio, Ohio and currently employs 12,500 full-time employees. Wendy’s Restaurants is the parent company of Wendy’s International, LLC (Wendy’s), which is the owner and franchisor of the Wendy’s restaurant system in the United States. Wendy’s is a restaurant company specializing in the hamburger sandwich segment. Wendy’s is engaged in the business of operating, developing and franchising a system of restaurants serving food. The firm operated approximately 6,080 Wendy’s restaurants in operation in North America, as of January 1, 2017. Of these restaurants, 330 were operated by the Company and 5,768 by a total of 376 franchisees, as of January 1, 2017. In addition, as of January 1, 2017, there were 439 franchised Wendy’s restaurants in operation in 29 countries and territories other than North America. Wendy’s is also a partner in a restaurant real estate joint venture with a subsidiary of Restaurant Brands International Inc.